Shoes for Men: differences between loafers and moccasins

A must have in man wardrobe: loved by Mr. F Scott Fitzgerald and Mr. Gianni Agnelli, widely adopted on American college campuses, today moccasins for men have evolved a lot and can be the perfect choice for a smart-casual event or for a very important day like a wedding.
But are men’s handmade moccasins and leather loafers for men the same?
It is time to reveal the differences between those two and have a deeper look at mens moccasin shoes.

You can call them also slip-ons, lace-less shoes, slippers. They become popular as casual shoes, but lately they have been matched with evening suits..
Which are the characteristics of a Moccasin and a Loafer? They have no laces and they are slip-on shoes. Plus, the ankle is exposed and most often they have to be worn without socks.

Let’s clarify the differences between: 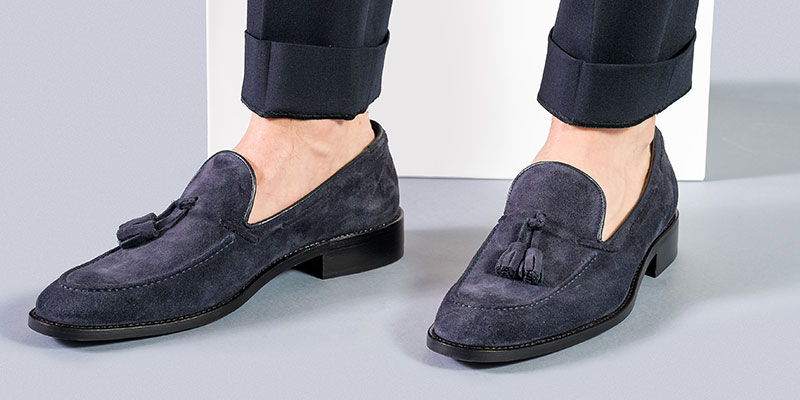 Men leather moccasins are often adorned with decorative accessories like tassels or laces and they have originally rubber soles. Amongst all moccasins, we love mens suede moccasins. Let us give you a few options rather than black moccasins or white moccasins: add some colors to your weekend with these men suede moccasins to customize.

Loafers for men are traditionally not laced and with visible leather heel. They perfectly match with a suit and are the best choice when looking for mens winter moccasins.
Have a look to some leather loafers for men, perfect to walk with style in the office or to wear for a special event. 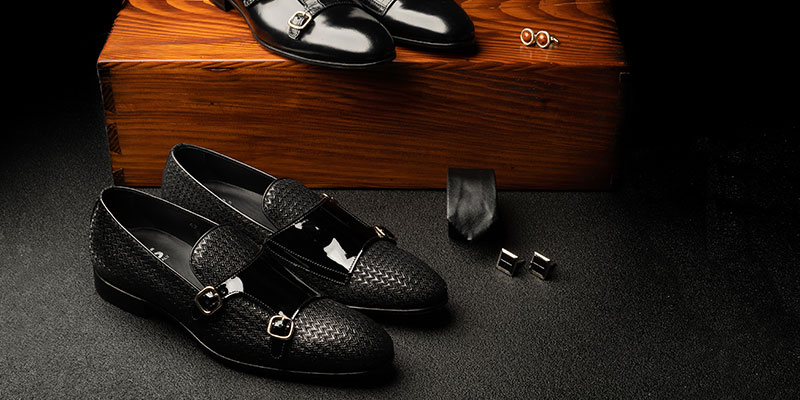 Here are some curiosities on moccasins and loafers: 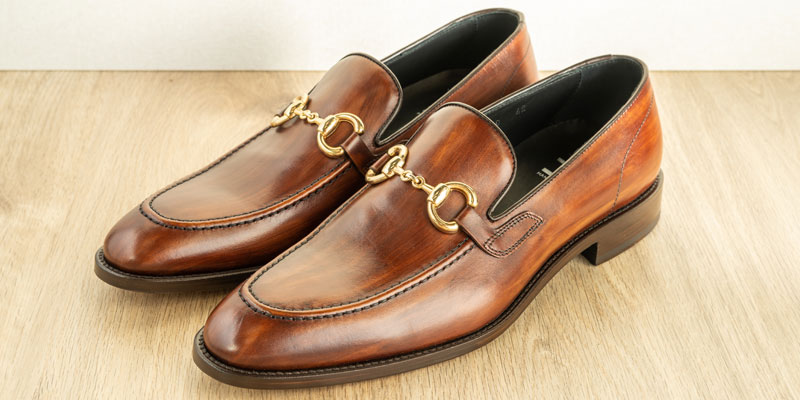 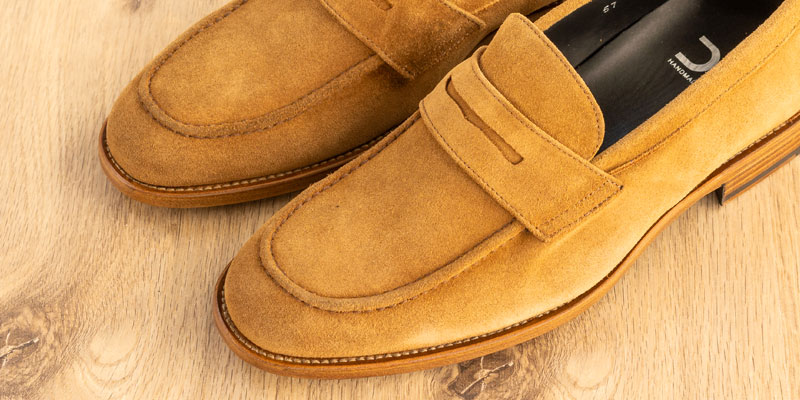 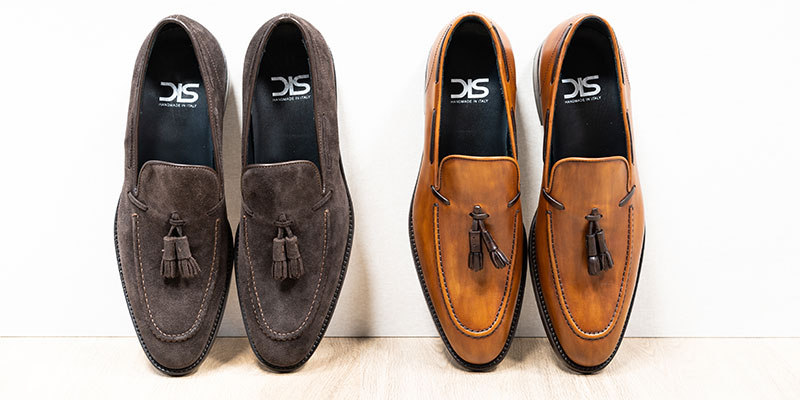 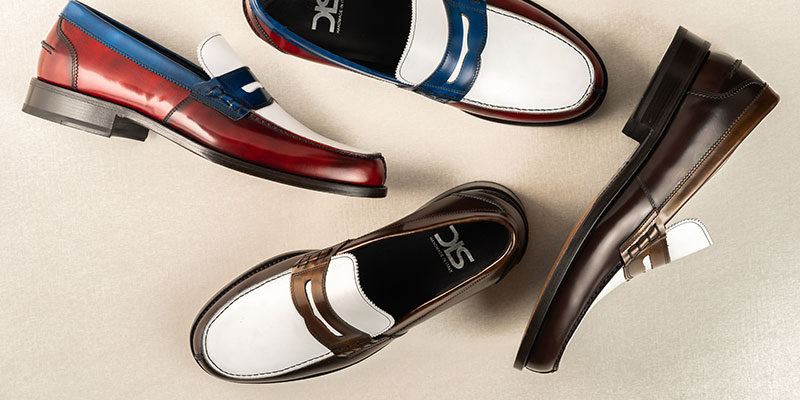 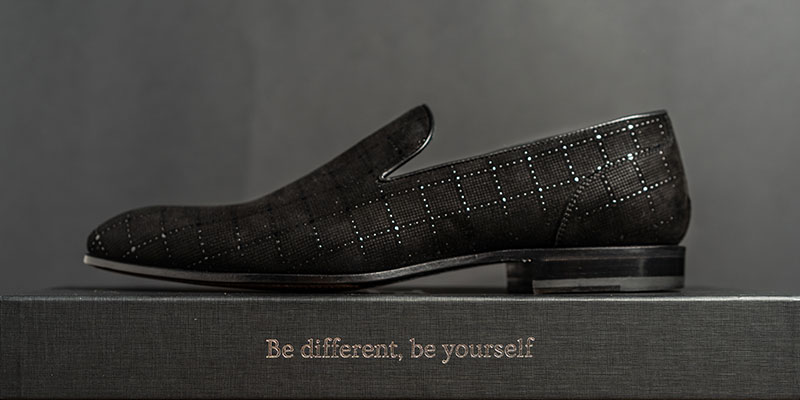 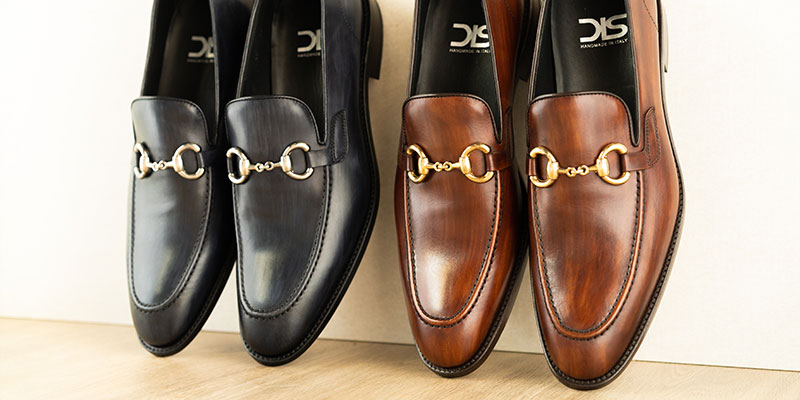 Can a leather and a sole give a different look to the same loafer? The answer is Yes.
Try apply to your favorite loafer a shiny black or polished bronze leather on the upper and a leather sole.
Then try to apply a pebble grain calf leather or suede leather in brown and a rubber sole to it. They look completely different, right?

So make sure you get your very own moccasin.
Have a look to all our Italian loafers and moccasins for men and design your own in 3 easy steps:
Step one: get inspired by our custom made men moccasin and save your favorite styles.
Step two: customise your own shoes with our 3D Shoes Configurator. Change leathers, colors, patterns, accessories, sole.
Step three: add your monograms and a matching belt to the cart and … just wait a couple of weeks to receive everything at your door!
www.designitalianshoes.com

DESIGN YOUR OWN SHOES, WITH JUST ONE TOUCH – YOUR OWN

Black goes with everything. Discover the black mon

I’d like some more black, please. Discover the b

Get the perfect wintery vibe with Da Vinci in Vibr

If these boots could talk, they would sing “Hey

Time for a comfy @vibram sole. Lace it up! #madei

Bold colors to fire up the cold season. #madeini

Create the effortless look with the easiest combin

It's that time of the year again! Discover our Sne

A leather sole is always a guarantee of style, qua

Pebble grain leather is the perfect match for your

Buckle up and tie your handmade sneakers: it's bac

We care about our shoes. Treat them as they deserv

Giano Bifronte is the emblem of our philosophy. Ch

A Penny for your thoughts. Discover our penny loaf

It's not really summer without a splash of color.

Good thing elegance does not go on vacation! Choos